WE BELIEVE IN COMPASSION, ACCOUNTABILITY & CONFIDENTIALITY​

We Are Life Landscaping

When the pandemic of 2020 began impacting access to private treatment and face-to-face recovery, we found the need to create a space where individuals suffering from substance abuse and mental health issues, could continue their journey to sobriety, while having instant virtual access to top-tiered professionals.

Life Landscaping was created by a group of recovering addicts that wanted to share their experience and resources by creating a community that offers a vast array of services to help guide others through recovery. By offering one-on-one services such as Sober Companionship, Rehabilitation/ IOP Placements and Virtual Remote Services, our team can address any level of therapy or care needed for the individual seeking support. With affordable services to fit any budget, Life Landscaping creates tailor-made treatment plans for addicts and their families who are ready to find their way back to sober living.

Our team of trained professionals offer years of expertise in sober recovery and values each individual journey by creating a space of kindness, compassion, accountability and zero judgment. Allow us to begin the journey with you – it would be an honor to have you as a part of our Life Landscaping Family.

Our Commitment to you

Our mission is for every client to find and live out their purpose: Those who have a ‘why’ to live, can bear with almost any ‘how’. Life Landscaping’s approach to address mental health and substance abuse is personally tailored to meet the needs of every individual who reaches out.

Our first-class clinical team will work one-one-one with each client to help them understand their underlying issues that manifest in their behavior, how to use evidence-based methods to treat their current condition, and how to live life in a happy and harmonious state. We believe success can be found by combining structure, while creating a community, a support team, and a sense of accountability.

Let‘s start your path to recovery - together.

Why work with us?

Life Landscaping is all about YOU

Our services are tailor-made to fit your individual needs. From one-on-one services supporting your daily living to clinical and outpatient care, we create a wellness plan that assists your personal journey.

We are All Inclusive

We welcome all ages, all genders and people from all walks of life. Substance abuse can affect anyone from the CEO of a successful business to those who are unemployed, and everyone in between. We do not judge where you have come from and welcome all who are ready for sober living.

We Listen and We are Kind

Our commitment to you is to be kind and listen with compassion in a safe, non-judgmental space. We are here for you, every step of the way.

Life Landscaping is proud to offer fully remote services that can be managed online or by phone. Because of this, we are able to treat clients from around the world. Our main location is based out of Beverly Hills, California, however we can take on new clients globally.

Our network of health professionals including therapists, coaches, counselors, healers, nutritionists, and in-office recovery coordinators, come with years of experience and expertise in their respective fields. Life Landscaping hand-selects each professional to ensure they offer the best care, are easy to work with and have affordable services.

Despite where you are on the road to sobriety, we will address todays needs and work from there. Sometimes, the past can weigh us down and make us feel like the burden is too big to begin the journey, which is why we say: Let’s start with today. And with today, we can work on tomorrow and yesterday.

Affordable Services to Fit Any Budget

Our network of health professionals including therapists, coaches, counselors, healers, nutritionists, and in-office recovery coordinators, come with years of experience and expertise in their respective fields. Life Landscaping hand-selects each professional to ensure they offer the best care, are easy to work with and have affordable services.

And Most Importantly, You Matter

YOU MATTER. YOU ARE VALUED. YOU ARE A GIFT.

Your life is a gift – one that you get to tend to – one day at a time. With Life Landscaping, we provide a guide on how to recover with one-one-one assistance and accountability; while managing everyday tasks, providing mentorship, and implementing life tools towards building a healthy and sober lifestyle.

Andrew is a close friend of mine and an AWESOME life coach. His life experience and wisdom has helped me through some tough times and I would totally trust him as a rehabilitation coach.
- Jordan N.Mount Dora, FL
I recently found out that a close friend has relapsed from alcoholism. Since I wasn't sure how to help my friend, I reached out to Andrew for advice. He understood that finding a secure rehab center and therapists can be a very daunting task. He made the process seamless so I could get my friend to a rehab center in Los Angeles. Andrew also provided me advice on how I could also beta support my friend. And luckily, I could do this over the phone.
- Tinger H.Los Angeles
What an incredible organization! When it comes to treatment placing, treatment centers, or recovery of any sort, I am very picky because not only are they businesses, but they also hold the responsibility of saving lives. Life Landscaping saved one of my best friend's lives and they did it from such a caring and personalized place. Andrew was extremely professional and you could really tell how much he cared.
Justin P.Marina Del Ray, CA
Previous
Next 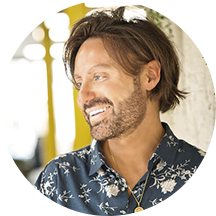 Andrew Broz started his career in acting and modeling at a very young age in a small town in Pennsylvania. To further pursue his career, he moved to NYC at the age of 16 and was immediately working as an agent at Ford Model Agency. By age 25, Andrew relocated to Los Angeles to fulfill his role as the COO of Elite Model Management and went on to later fulfill roles such as casting director and consultant to clients such as Playboy, Vogue, Verizon, Target, Christian Dior, Lancôme, and dozens of others. He was living the “dream life” filled with money, travel, and glamour – yet, he was inexplicably unhappy.

There were a few major earthquakes in Andrew’s life that included physical dis-ease: losing a home and assets, experiencing a traumatic divorce in a relationship, and finally, experiencing a complete loss of identity. Andrew was spiritually starved, emotionally imbalanced, and was experiencing true dis-ease; he simply could not live like that anymore. Then one day, Andrew finally took charge of his life by deciding to take on a specific course of study: the study of himself. To look inside and out and to understand his own emotions and psyche. Through the difficult yet treasured process, Andrew learned how to practice many skills that have helped him up until today; which are not limited to traditional western techniques. Andrew believes in taking a balanced and holistic approach to recovery for any human being, including physical, mental, and spiritual aspects. 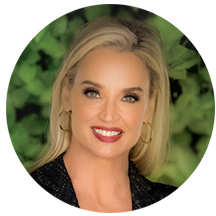 Laurie Dhue is a Certified Recovery Specialist providing resources and support for individuals and families dealing with the disease of addiction.

One of the nation’s leading recovery advocates, Dhue is in long-term recovery from alcoholism and drug addiction. She has worked closely with the White House Office of National Drug Control Policy (ONDCP), the Substance Abuse and Mental Health Services Administration (SAMHSA), Faces and Voices of Recovery (FAVOR) and the National Council on Alcohol and Drug Dependence (NCADD). Dhue has spoken on behalf of many national recovery organizations including the Hazelden Betty Ford Foundation and the Caron Foundation. She travels coast-to-coast giving speeches, emceeing events and moderating panel discussions, as well as offering commentary in national and international media.

Dhue has had the distinct honor of speaking at the White House in 2014 and 2017 on behalf of ONDCP. She was also a featured speaker at the inaugural UNITE to Face Addiction national rally in Washington, DC in 2015. Dhue appeared in the award-winning 2013 documentary “The Anonymous People” and the 2017 documentary “Reversing the Stigma”, produced in conjunction with OASAS (New York State’s Office of Alcoholism and Substance Abuse).

Prior to her work in the recovery field, Dhue enjoyed a distinguished career as an award-winning national news anchor who hosted shows on all three major cable news networks: CNN, MSNBC and Fox News Channel. She most recently served as lead news anchor for The Blaze TV. Her 25 years in news has included interviews with numerous world leaders, politicians, entertainers and prominent newsmakers as well as extensive reporting from the Middle East during the War on Terror.

A resident of Los Angeles, Dhue works as a life guidance coach with Start Up Recovery and is a Strategic Advisor to She Recovers, a national women’s recovery advocacy group.

Dhue is a graduate of The University of North Carolina at Chapel Hill, where she was a letter-winning member of the women’s varsity swim team and an academic All-American. 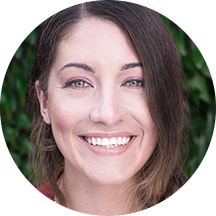 Glynis Hodgkinson is a recovering addict and vividly recalls the pain and struggle of navigating the waters of early sobriety. Because she understands the journey through sobriety, it is Glynis’ passion to inspire and motivate others who struggle with substance abuse. As Life Landscaping’s Outreach Coordinator, she approaches her clients with the ultimate care by exuding love and compassion towards everyone she meets. It is Glynis’ ultimate goal to inspire others to live an abundant life worth living.

Read More
Glynis grew up in Boston, Massachusetts and has worked in sobriety treatment since 2019. Since pursuing this line of work, she has found her purpose in leading others towards sobriety. In fact, her niche offering is to help others discover their own calling and lead them to achieving true happiness. It has been such a rewarding journey for Glynis, that she describes it as “having lit a spark in her soul!” 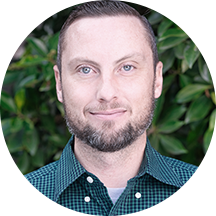 Andy Franz is a seasoned Executive Assistant for Life Landscaping and brings 15 years of office administration, project management and organizational experience to the team from the legal, technology, and music fields. He has a B.A. in political science from Cal State University Long Beach and is currently attending school to become a registered nurse.  Andy is passionate about recovery and is active in the A.A. community. He is also involved in a non-profit sober living community for men located in the South Bay that has helped transform his life. In his spare time, Andy enjoys all things nature, playing guitar, yoga, meditation, snowboarding and loves to cook and host friends. 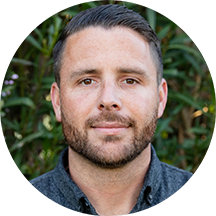 Jared Jones has 12 years of personal and professional experience in substance abuse and mental health treatment.  Jared is active in A.A. as well as a non-profit structured recovery home where he finds fulfillment in helping newly sober addicts with the common struggles that often occur in the early stages of recovery.  He aims to help individuals struggling with addiction and mental health find purpose, passion and promise in their new, sober life.

We’re Here For You

What brings you in today? Drop us a note.

Remember, all communication is 100% confidential.

We’re Here For You

What brings you in today? Drop us a note.

Remember, all communication is 100% confidential.